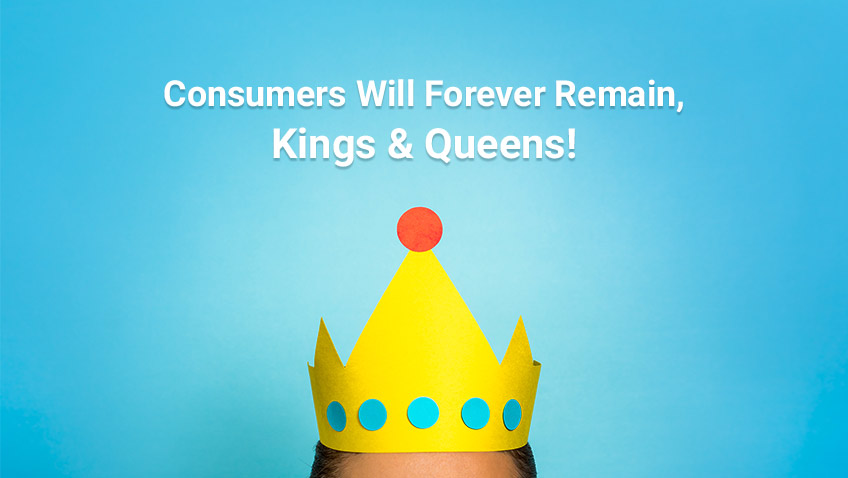 The New Year is going to ring in a few hours! Wishing this New Year, equips consumers with their rightful rights that ensures they get true value for their money and are entitled to a transparent, honest process.

The recent attempt by the Government of India to empower customers through a revised, Consumer Protection Bill 2018, comes as a boon for consumers in India.

We have often heard people say that consumer is the king! While it stands true in respect to the developed world where a consumer can drag a product manufacturer or a service provider to court in case of deficiency in the promised product or service. Its not the same in India. In India it’s not just the common man who suffers because of inferior products or services delivered whilst he/she was promised something else, even movie stars are meted with the same fate. Not long ago Sonakshi Sinha a popular movie star ordered for headphones and received junk in return.

The rapidly evolving digital landscape in India where more and more people are now using the online medium to purchase, sell and make online payments having effective legislation to address consumer grievances is essential.

Introduced in 1986 as the Consumers Rights Act was first considered for a rehaul in 2015. The revised bill was referred to a standing committee which suggested many changes to the bill. The bill was then withdrawn and replaced with the Consumer Protection Bill 2018 in January 2018. The bill has been passed by the Lok Sabha and awaits its fate at the Rajya Sabha.

What does the consumer gain from this bill?

Read the Bill in Detail.

While the aforesaid legislation looks to strongly favor the consumers, there are doubts about the independence of the councils and authority as the important decisions of appointing judges and members for the council, authority and courts is heavily dependent on executive action.

At Xploree we surely believe that consumers truly are the kings. Thus, our efforts are concentrated at providing the consumers of our products an engaging, non-intrusive and transparent process. It is our commitment towards our consumers or users that ensures we safeguard our consumers privacy by adhering to strict policies. Download app here.

Any cookies that may not be particularly necessary for the website to function and is used specifically to collect user personal data via analytics, ads, other embedded contents are termed as non-necessary cookies. It is mandatory to procure user consent prior to running these cookies on your website.